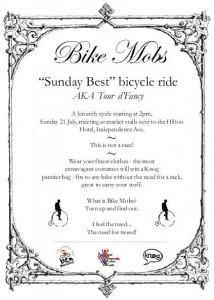 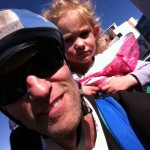 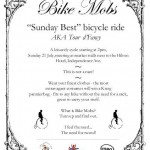 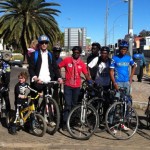 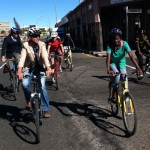 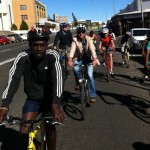 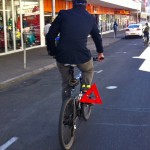 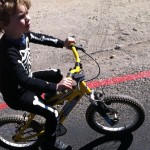 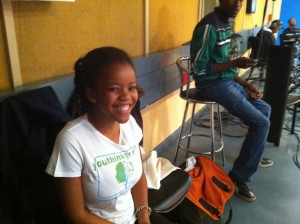 Jennifer, anxious to go on Air.

On Tuesday, 16 July 2013, Jennifer Eises and Carsten Antoni, as part of the YouThinkGreen Namibia team, were invited to NBC Namibia for an interview on the television show ‘Good Morning, Namibia‘.

The show is broadcasted live and starts early in the morning. Our interview was at 7 am, about the same time as every student at DHPS started the first lesson;-)

It was an awesome experience and lots of fun. The producers must have thought the same, because afterwards they invited us to come back for follow ups or whenever we need media coverage for an event related to the project. Isn’t that awesome?!

Thank you very much, NBC. We’ll definitely make use of this invitation.

In the YouTube video you can watch a section of the interview.
We talk about our local projects and spreading awareness for the current situation in Windhoek.

You find a few more shots taken in the studio at NBC in the gallery below. 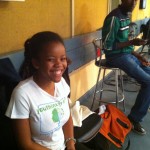 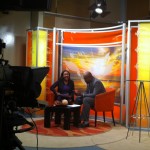 The scene before we enter the stage;-) 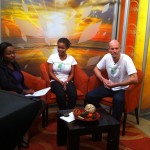 It’s about to start… 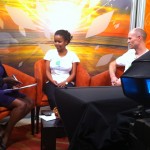 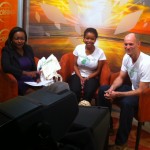 We’ve handed over a YTG bag and T-Shirt to Joannette Eises. 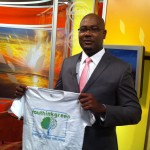 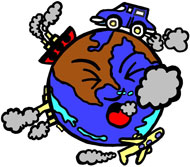