The repair of a windmill to pump underground water for a small community in Damaraland was another successful project of YouThinkGreen Namibia. 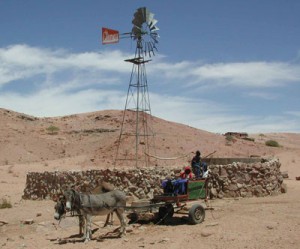 That's the windmill in 2011 when it was still intact.

Water is one of the most important and valuable resources on the planet. In a developing country like Namibia, water shortage is one of the biggest problems that the residents have to deal with, especially in rural areas. Every available source of water should be developed and utilized. However, the local windmill in !Ghaus, a small community in Damaraland, has been unusable since December 2011. After a herd of elephants had broken the existing retaining wall, both the windmill and the pump were badly damaged, thus a water conveyance has since been impossible. Now, the residents have to cover several kilometers daily to get their  supply of clean water.

The community does not have the necessary financial means to bring this windmill back into a functional state. Therefore, the Namibian YouThinkGreen team’s goal is to raise enough money with various actions to take over this project financially .

To launch the project, a casual day took place on Friday, the 26.10.2012 to which each student supported N$ 5.00. Homemade cakes, muffins and cupcakes were also sold to students and teachers in the breaks by our team members. The proceeds of this action were gratifying as we managed to accumulate the first N$ 6000. 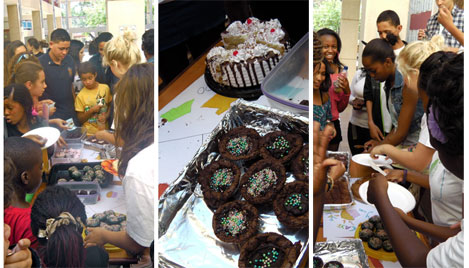 To be able to take on the overall cost of N$ 40.000,- for the repair of the windmill, other fundraising campaigns will follow. 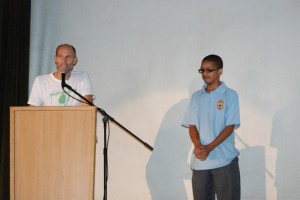 Hooray Dean Marlo Titus!
This fine young man has not been a part of YOUTHinkGreen from the beginning, but since he’s joined the group, he’s a very diligent and motivated YOUTHhinkGreener.
But that’s not the reason why he’s mentioned here.

Dean Marlo has single handedly secured a sponsor for the whole amount of  40.000 N$ necessary for the repair of the windmill.
Well done, Dean Marlo and thank you very much!

After the finances had been sorted, the actual trip to Damaraland was undertaken to repair the windmil.
Read our detailed report about the trip here. 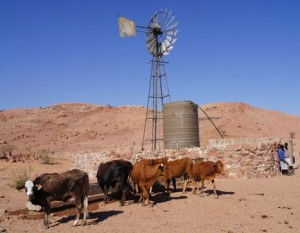 In April 2013 the repair of the windmill was finally finished by the Department of Water Affairs and Forestry in Karibib.
Thank you very much, Mr. Usurua for the fruitful cooperation.
If you want to see more pictures of the beautiful windmill, please visit the photo album on our facebook page.

Latest reports from !Ghaus have shown that the windmill has become an ever more important source of fresh water in the area. The surrounding water pumps have seized operating, because they have been refitted with diesel pumps and the communities cannot afford the fuel.
People and animals now come from as far as 10 kilometers to enjoy the fresh water at !Ghaus. YouThinkGreen Namibia has proudly helped creating this oasis!

Please click here to watch a beautiful video about the whole project.