On the 31st of Otober 2013 two of the Youthinkgreen Members  were graced with the opportunity to witness the Official Launch of EcoKids Namibia at the Hilton Hotel in Windhoek. 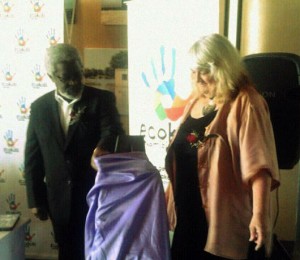 The Namibia Film Commission (NFC) along with the Ministry of Information, Communications and Technology (ICT) funded the programme with the aim to empower the youth to be media literate through short films of the Namibian environment. In that way creating a vibrant media industry resulting in the youth of Namibia bursting with National pride.

NFC thought of no other to implement this project than the person most known for creating media opportunities for children, Ms. Virginia Witts of Clever Clogs Productions (Pty Ltd). Featured in this programme will be a website offering filming tips, games, activities, links to other sites,”How to make a film” training and much more. Also, children will be encouraged to enter film making competitions where they can  make films of 6-10 seconds long with any mobile device at home about their surrounding environment issues and or solutions to these issues. During a two day annual “EcoKids Film Fest” the children will be encouraged to enter their films and the entries will win prizes. During the day, workshops will be held on different aspects of filmmaking and environmental issues.

EcoKids will motivate excitement about the film’s potential so that they can “show and tell” through Transmedia. The programme wants to inspire life-long environmental guardians cultivating National pride and create unity within diversity. 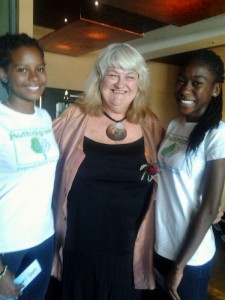 The programme was officially launched by the Special Advisor to the ICT Minister Mr. Mvula Ya Nangolo on behalf of the Honourable Joel Kaapanda and together with Virginia Witts they unveiled the EcoKids logo.

Two YTG members were privileged to be amongst the invited few such as members of the  UN, UNESCO, UNICEF, NGOs, NFC, Media Institutes, Corporations, the private business sector and other concerned individuals.

The two YTG members later had the opportunity to interact with the invited guests who were intrigued by our initiative and work.